This is some text inside of a div block.
client
DesignLab
category
Digital Experiences
date
2021 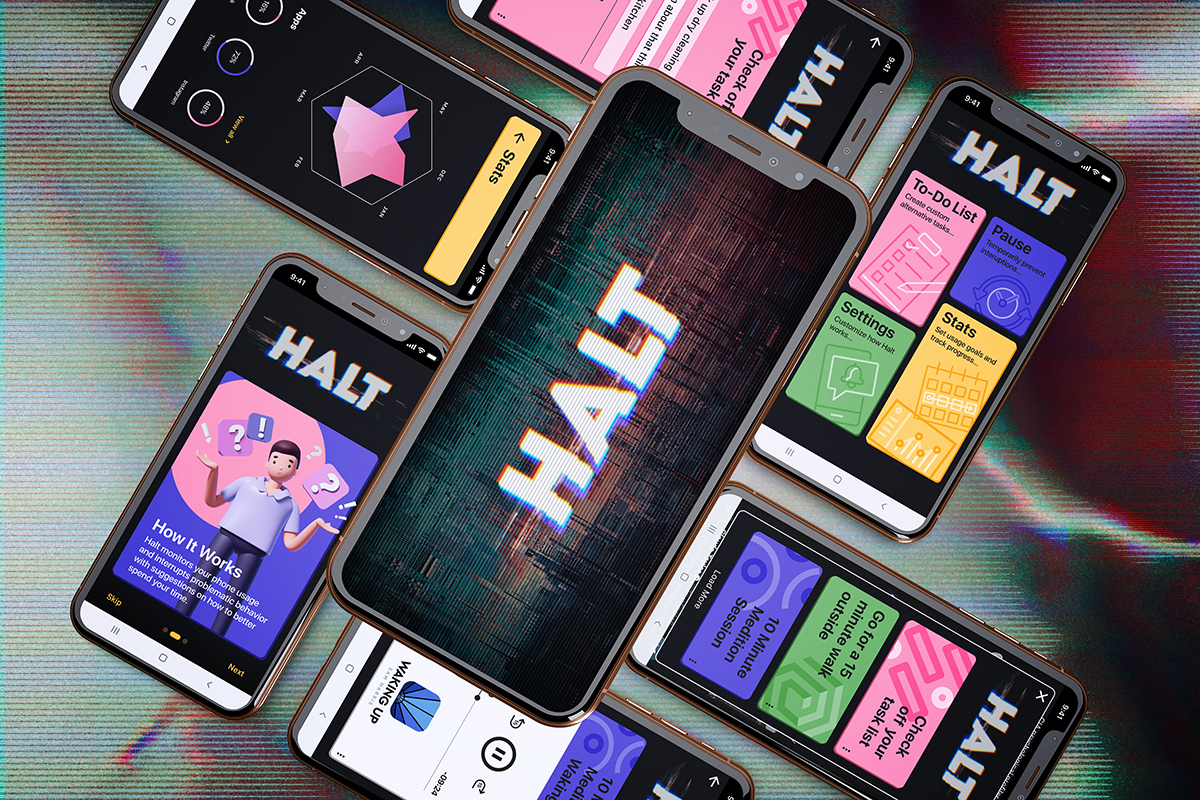 The American Journal of Epidemiology published a 5,000 person study finding that higher social media use correlated with self-reported declines in mental and physical health and life satisfaction. Through the work and warnings of Tristan Harris, Jonathan Haidt, Jaron Lanier, and others along with the recent popularity of The Social Dilemma documentary, the problems and issues surrounding the attention economy have exploded into the popular consciousness. Users are now aware that their behaviors on their phone are detrimental but find it difficult to change them.

Additional research done by Adam Gazzaley, Founding Directory of the Neuroscience Imaging Center, has shown that the problem extends beyond just addictive apps themselves, but also specific behaviors such as self-interrupting and sub-optimal foraging. These detrimental activities can be countered by single-tasking and sustained attention on a single activity.
“If you're an app, how do you keep people hooked? Turn yourself into a slot machine.”
- Tristan Harris, Center for Humane Technology

Halt is a concept app that monitors addictive smartphone behavior such as endlessly doomscrolling Twitter and then interrupts the users with prompts to engage in more beneficial activities, both digital and IRL. The voice of the app would be aggressive and geared towards people who have self-identified that they have a problem but do not have the willpower to fix it. The app would include many customizations such as the ability to set which apps it monitors, how often it would interrupt, what type of activities would be recommended, along with maintaining statistics/streaks on usage.

The landscape is crowded with apps and software that address this problem and all of them include a standard set of features such as:

One app, Forest, also offered gamification in the form of planting a 30-minute digital tree which would die if a user opened their phone before it grew to maturity.

Opportunity: None of the current solutions provide alternate tasks or solutions to the problematic behavior. Halt could also be monetized by partnering with third parties to integrate their content, such as meditation or exercise apps, educational publications, or short video lectures.

Four user interviews were conducted with people who self-identified as having an addiction to their phone or had certain behaviors they would like to do less of, which is the sole criteria needed for using the app.

“Virtually impossible to do any other activity without your phone in your hand.”

“Absolutely addicted. I saw The Social Dilemma and it really got to me.”

Activities that users would rather be doing than social media:
Based on this feedback I decided to implement a custom task to-do list that the user could use along with the app-suggested alternate activities.

SME Interview
‍
An interview was conducted with a personal trainer/coach to gain additional insight into the tone and techniques that the app used. The primary feedback was the need to be able to “choose your coach” style between positive/encouraging or drill sergeant/aggressive. Before working with a client, she establishes what style they want. It was noted the tone could always be informal and “sassy”, but the level of shaming could be dialed up and down. A second recommendation was a weekly check-in so the user could monitor their progress on the dashboard.

The three main parts of the app that needed to be designed and tested included the installation and onboarding, the dashboard and settings, and then an actual interruption with alternate task recommendations. Due to the rapid high fidelity mockup capabilities of Figma, traditional sketches and wireframes were skipped for a digital sandbox approach. A number of unsuccessful aesthetic ideas, color schemes, and layouts were experimented with and presented in group crit environments. 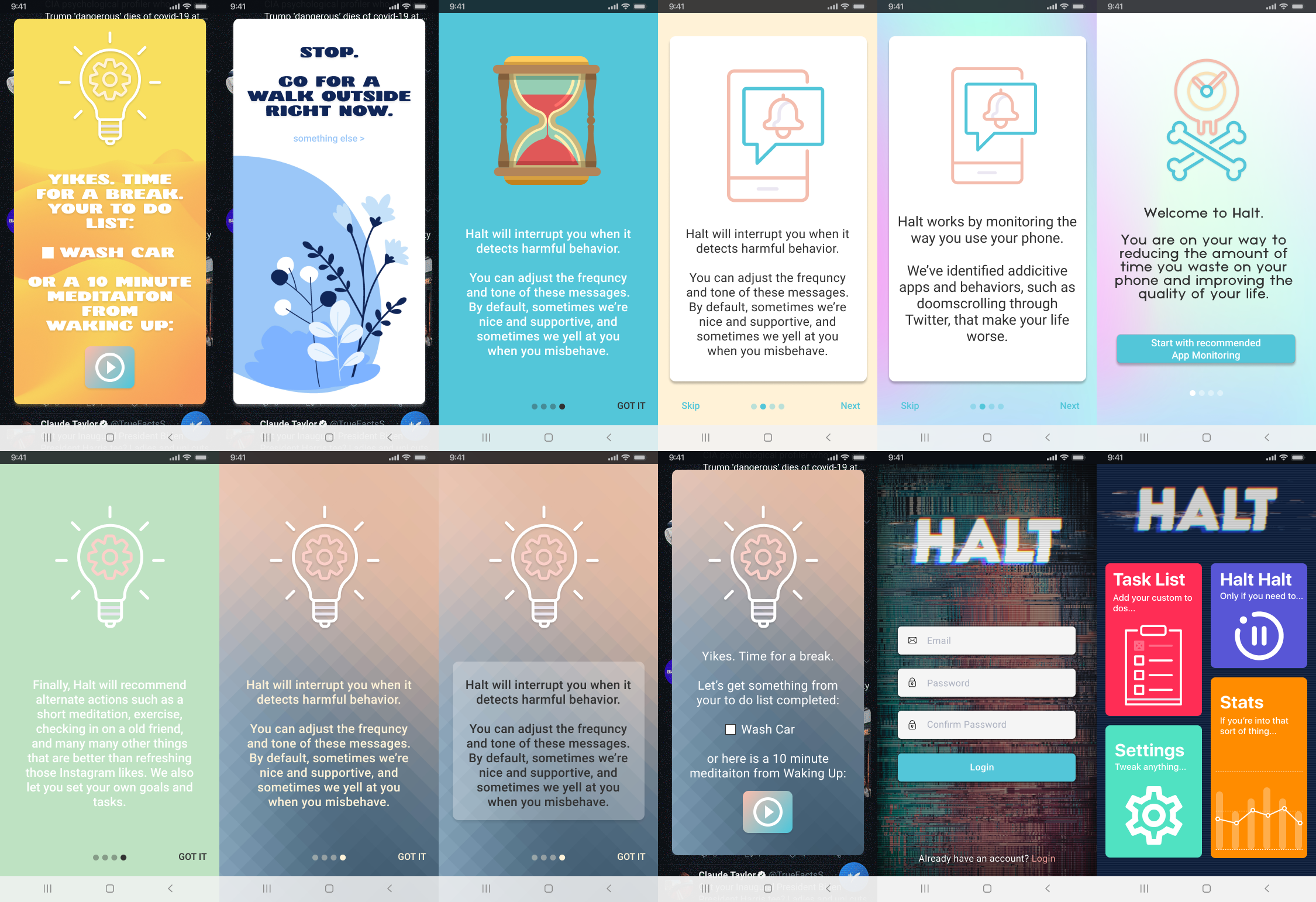 The final design combined a glitch/static background with clean and bright module overlays to represent both detrimental and positive user behaviors.
An interactive prototype was created and tested with five users who were observed and interviewed over two different sessions while being tasked with:
For the first phase of the testing, the app begins with a glitch animation of the logo, then brings the user to the registration screen (or login), requiring a confirmation code, and finally a three-screen onboarding introduction. No users had any trouble with this standard process and only minor aesthetic iterations were made to the registration process.
The onboarding screens had gone through a fairly lengthy iterative design process before arriving at the final version, with the original concept consisting of a much more involved setup process where users could customize settings before getting to the dashboard (see abandoned task flow below). After additional research on onboarding best practices and feedback from a group crit session, the process was simplified by having the app start with default settings allowing the user to get to the dashboard quicker. This decision was validated during testing where most users were eager to get through the onboarding screens quickly to explore the app functionality on their own time.

“We've all been enrolled in a psychological experiment for which no one gave consent”
- Sam Harris, Waking Up App
The second phase of the prototype testing process tasked users with exploring the dashboard in a more open-ended format by having them explain how they believed each section of the app worked.

They were then tasked with the following actions:
While the tasks were all successful, the testing revealed a lot of confusion over what each section of the app was for. Once explained, everyone understood, but iterations were clearly needed.
The Dashboard was given a complete overhaul, replacing some of the irreverent wordplay with more standard label text that the average user could better understand.

The icons were also standardized across all four sections. The Pause and Resume function initially worked as an immediate toggle button, but now opened up to another screen with a more robust feature set, matching how the rest of the app flowed.

Finally, additional animation tweaks were made to transitions to better represent real-world behavior, at least as far as the Figma prototyping tools allowed. 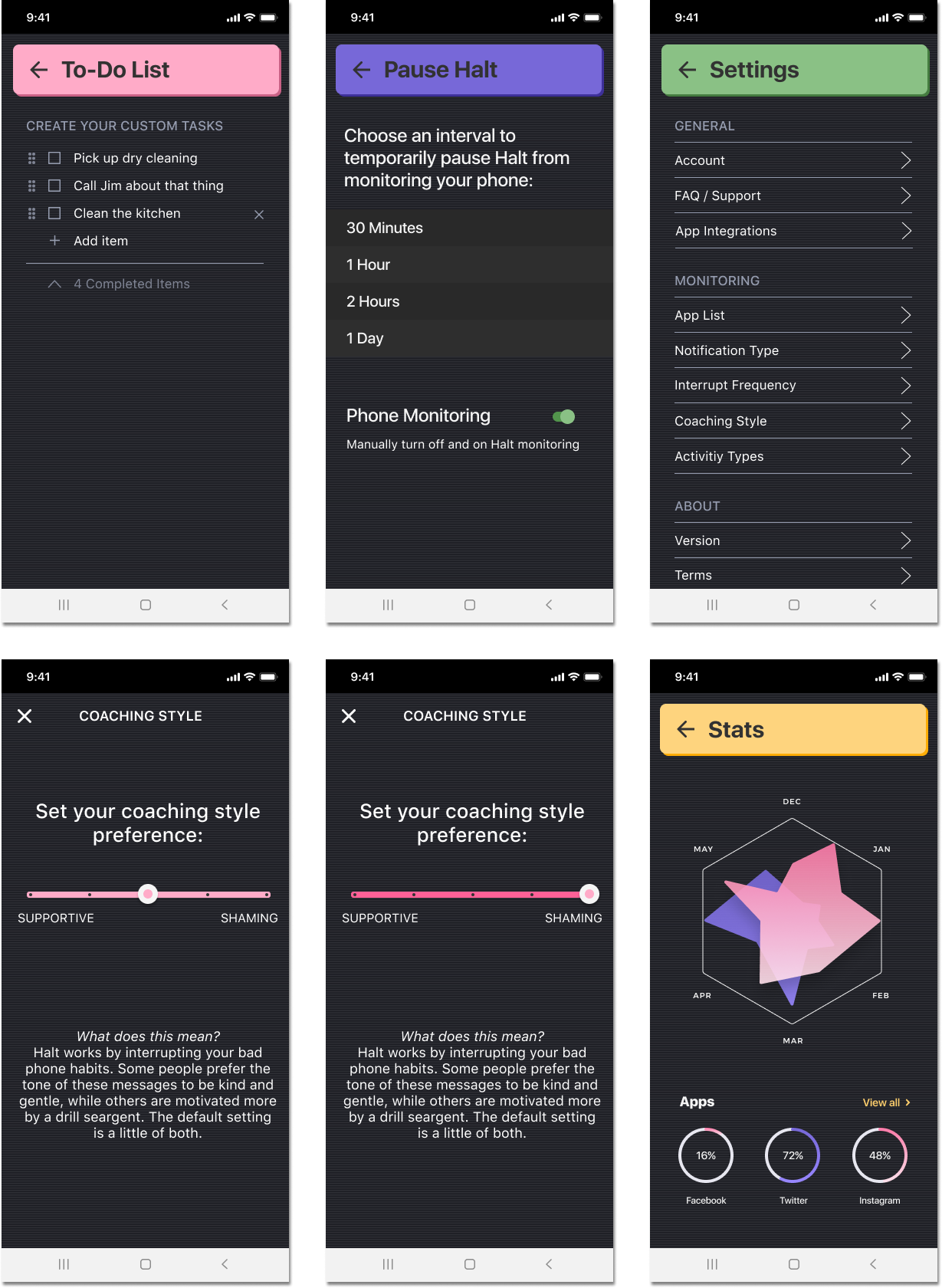 “The difference between getting 10 likes and 20 likes, it’s all just meaningless.”
- Adam Alter, Stern School of Business
The third and final phase of prototype testing had users experience the app in action. After browsing Twitter, Halt would interrupt their session by forcibly glitching out the screen (admittedly a challenge for development, possible solution is to take a static screenshot and then applying the effect) and then presenting the user with the alternate activities. Users were asked to:
This phase did not pose any challenges for users and iterations were minor. One change was removing the More and Less Like This options on the To-Do List settings, as one user correctly pointed out that if they had in fact added a custom to-do they would always want this to be available until completed.
One more quick round of user testing was completed after all changes had been made. The user was able to successfully understand all functions of the app without any hints and completed all tasks without error.
‍
Final detail Interruption, Close modal, and Activity Screens:

“Human beings evolved to gossip, preen, manipulate, and ostracize. We are easily lured into this new gladiatorial circus.”
- Jonathan Haidt, The Atlantic

This is the final interactive prototype, hover mouse to begin (recommended for desktop only), or launch in a new window. 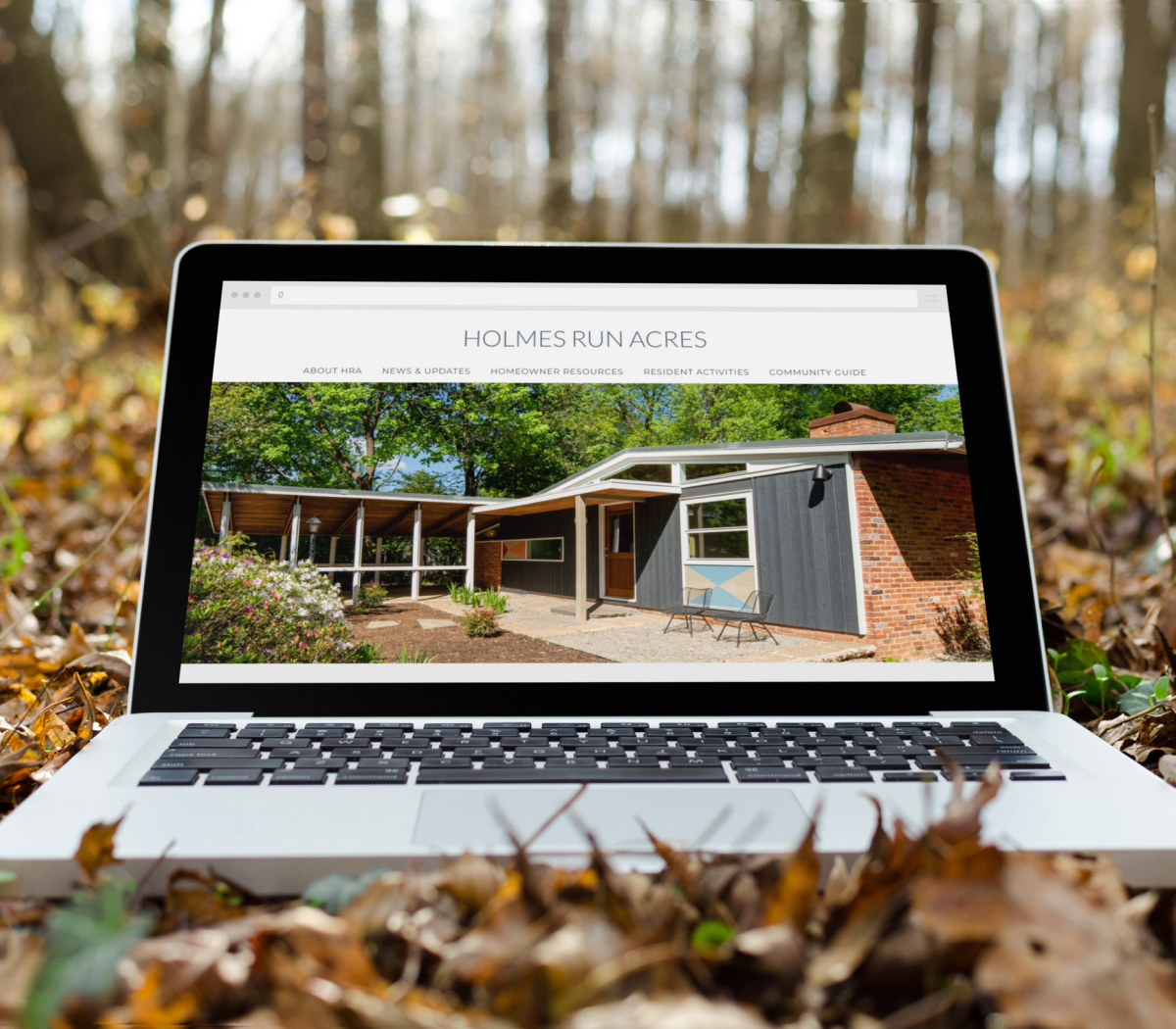